All Android lovers are waiting for the android 4.1 jelly bean, and its incredible features. Aurosoft Technologies would like to keep update their readers about the latest updates of Android. There are so many rumors about jelly bean version of android. Here we have discussed the upcoming features of Android 4.1 through the responsible resources. 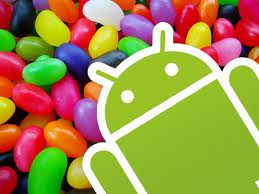 Toggle Options: Google would do its users much help by adding toggle switches in the new version of the Android as it would greatly save the smartphone or tablet’s battery since toggle options will enable you to switch on or turn off. HTC smartphones already have several toggle switches to turn on/off GPS, Bluetooth and Wi-Fi.

Efficient File Management: An efficient file manager is what everybody is expecting with the new Android 4.1 because a smartphone or tablet will have an immense number of movies, music and other random media files that will even make a 32 GB memory look small, and hence a good file manager is the very least to expect from Google as soon as the new OS arrives. It is always better to have an integrated file managing service rather than downloading or buying one externally.

Themes: Google has to include some good themes to the new Jelly Bean OS. Although the later versions of Android after Froyo – Gingerbread, Honeycomb and Ice Cream Sandwich – all look cool, nobody would want an all-black theme for their devices as people have their own choices and likings. It is high time Google introduced some themes along with its new OS.

A Better Browser: A better integrated browser or simply a mobile version of Google’s own Chrome with constant on-screen tabs with a bookmark bar will be a welcome addition by Google along with the new OS. This is one area where Google might want to sweat it out as two of their major competitors in the market – iOS and Windows – have already done so with their own browsers like Safari and IE, respectively. Although there is support for Chrome Bookmark sync service in Android 4.0, it’s not enough.

Screen Lock: Google could introduce several lock screen widgets to the Jelly Bean. These widgets will greatly help in viewing any notifications with the screen locked. However this may not be possible if you have a passcode or pattern lock enabled for security reasons. But other small widgets like music player update, weather or custom clocks could be added. These are currently available in the HTC Sense 3.0 and 3.5.

Upgrade Procedure: Anyone who has gone through the procedure of updating or upgrading their Android device will know that the process takes a lot of time, and sometimes too long. Although the newly announced Ice Cream Sandwich promises to bring in the updates faster, it is still to be seen if that happens as compared to the previous Android versions. And even if faster upgrades fail to arrive this time, it is expected that this will start happening as soon as Jelly Bean arrives.

Improved Operating System: Google would really be a dangerous opponent in the OS market if it somehow manages to tweak the Jelly Bean so that the device doesn’t have to deal with heavy battery loss with dual or quad core processors in place that aim to make the device faster and smarter. Few reports have even claimed that the current Android versions are a bit sluggish than Windows Phone 7, let alone iOS.

Keyboard Issues: A standard keyboard is a must for the new Android 4.1 as in the absence of any specific Google-designed keyboard. Swype and Swiftkey are providing as much assistance as they possibly can and have actually provided smart and quality keyboards. However, it may be better for Google to not depend on these and actually work on a standard keyboard for the next generation OS.